For more information about Moshe Feldenkrais  and The Method® 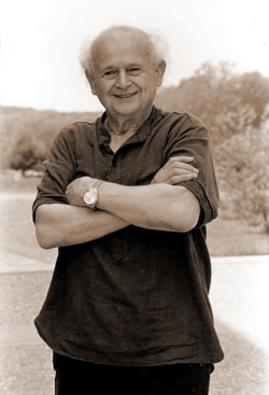 The Feldenkrais Method® of Somatic Education

Does your back hurt?  Do you have aches and pains that interfere with your quality of life?  Do you have trouble focusing?  Have you stopped doing activities that you used to enjoy?  Do you want to improve your posture, balance and coordination?  Do you want to learn how to prevent injury and improve how you move?

The Feldenkrais Method® is for anyone who wants to reconnect with their natural abilities to move, think and feel well.  Whether you want to be more comfortable sitting at your computer, walking, standing or engaging in your favorite activity, these gentle lessons can improve your overall sense of well-being.

Learning to move with less effort makes daily life easier and more pleasurable.  Because the Feldenkrais Method® focuses on the relationship between movement and thought, increased mental awareness and creativity accompany physical improvements.  Everyone, from athletes and artists to lawyers and teachers, seniors and children; can benefit from the Feldenkrais Method®.

"If you know what you are doing, you can do what you want."

How was the Feldenkrais Method®  Developed?

Moshe Feldenkrais, D.Sc. (1904-1984) was an engineer, physicist, and judo master.  Drawing on his extensive scientific and martial arts background as well as linguistics, biology, child development and athletics, Dr. Feldenkrais avoided surgery and taught himself to walk without pain after a severe knee injury.  This was the spark that launched the development of the Feldenkrais Method®.

Feldenkrais was a groundbreaking teacher of human potential and mind-body development.  His revolutionary system of mind and body "re-education" for stressed and dysfunctional brains and bodies has achieved miraculous results for thousands around the world.  He believed that what kept most people from fulfilling their potential was their own resistance-contradictory motivation that is so habitual as to no longer even be felt.  Once we can cast away our resistance  we become better managers of our own motivation, action is unhesitating and the impossible becomes possible.

Benefits of the Feldenkrais Method®

› Improve self image and sense of well-being

› Learn to heal yourself

The Feldenkrais Method® has helped:

›Children and Seniors and Everyone in Between

›Anyone seeking to improve their quality of life